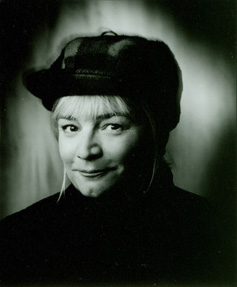 Laurie Kratochvil is a photography dealer and appraiser, as well as a consultant on visual projects that include magazines, books, the internet and film. She began her career at the Los Angeles Times as a photography editor and went on to work for numerous national publications before joining Rolling Stone Magazine in 1982. During her twelve years there as photo editor, Kratochvil saw the magazine win every major photography award including the National Magazine Award.

While working for Rolling Stone, Kratochvil edited a number of books, including the New York Times best seller, Rolling Stone: The Photographs. She has curated several photography exhibitions in the United States and Europe: she has been a frequent panelist and lecturer, and has judged numerous photography competitions.

Kratochvil was the founding photography editor for In Style Magazine and worked there until 2005 before leaving to start her own visual consulting business, working with consumer magazines such as Self, O the Oprah Magazine, Bloomberg Personal, Men’s Health and Essence. In 2009 she was hired by Reader’s Digest Development to consult on new titles as well as the magazine’s international editions.

Kratochvil is currently working on a project for Nomad Editions, a weekly online magazine publishing company with numerous titles including Real Eats, BodySmart, and Uncorked.

Kratochvil’s book projects include Africa by Herb Ritts, CUBA-Picturing Change by E. Wright Ledbetter, Mil Besos by Ruven Afanador, and Cyclops by Albert Watson, as well as Watson’s two-volume book on Las Vegas that was published in the fall of 2010. In 2011 she edited Pearls, Tears of the Sea. She is currently working on another book with Ruven Afanador.

Kratochvil is a board member of The Society of Publication Design, a jury member of World Press, and a faculty member in the continuing education program at The International Center for Photography. A native of Newport Beach, California, Kratochvil lives in New York City and Southold, New York.